A BRIEF HISTORY OF TOXINS ONCE THOUGHT HARMLESS

History is littered with dangerous products once thought to be safe. In some cases, safe enough to be given to children. Reading the list today, it’s hard to fathom. Here are a few of them.

There was no really vibrant green dye until someone found a way to produce one from arsenic.

When people started falling ill, it took a while to realise that arsenic was the culprit.

The name for lead poisoning is plumbism. If the word is reminiscent of plumbing, it’s because lead was commonly used in plumbing. The word plumbing comes from the Latin word for lead, plumbum. The Romans drank fresh spring water transported through lead pipes. It was used to coat copper cooking pots (to protect food from the bitter taste of copper).

Lead was added to paint as a pigment. Lead sinkers were crimped to fishing lines. Kids played with toy cars fashioned from lead. Their parents drove cars powered by fuel containing lead.

Lead remained common in day-to-day life in spite of the fact that symptoms of lead poisoning were recorded about 2000 BC.

It’s estimated that 50% of Americans were exposed to detrimental levels of lead as children. It’s children who are most susceptible to lead poisoning.

Lead currently kills about half a million people annually around the world.

Nobody thought much about the potential harm from radiation until the end of the 19th century. X-rays were invented in 1895. The first reports of injuries from radiation exposure came a year later.

In the 1920s, Hermann Meller noted that radium had a detrimental effect on genetics and increased the risk of cancer. Nevertheless, radium was a popular additive in makeup, deodorant and toothpaste. How many kids had fun with their Atomic Energy Lab, complete with radioactive isotopes of zinc, lead, ruthenium and uranium?

Reports of the dangers of asbestos first appeared late in the 19th century. In the 1920s, articles appeared in leading medical journals. In the 30s, scientists established a link between asbestos and an aggressive form of lung cancer.

However, asbestos was big business. Manufacturers kept a lid on the damage caused by asbestos.

The snow in Judy Garland’s hair in The Wizard of Oz was asbestos. It was so popular as fake snow that it was sold in aerosol cans as a Christmas decoration.

Beginning in the 16th century, heroin was prescribed for just about every condition, from sleep disorders to alcoholism. It was given to teething babies.

One of the founders of Johns Hopkins Hospital called heroin God’s own medicine.

Heroin users were considered low class. However, most of the addicts were middle and upper class women with time on their hands and access to the family medicine cabinet.

The drug proved so popular that by the mid 19th century, America was importing 300,000 pounds of opium, 90% of which was used recreationally. By the end of the century, there was a full-blown heroin epidemic in the USA. 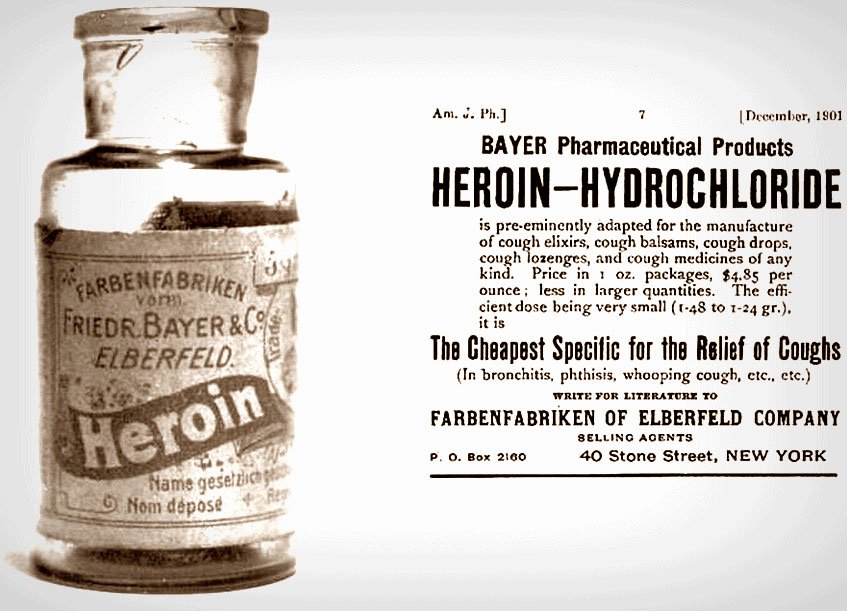 At about this time, the Bayer company started commercial production of heroin, promoting it as a sedative for coughs and for treatment of respiratory disease. However, repeat doses led to tolerances and patients needed more and more, soon becoming addicted.

In ancient China, mercury was consumed in the belief that it could prolong life. Ancient Greeks administered mercury as a medicine.

In the 18th century, mercury was still being used to treat constipation, syphilis, parasites, influenza and even melancholy.

In the mid 1800s, the first cases of mercury poisoning were reported in medical circles. However, it continued to be used.

This shiny toxic liquid metal was fairly safe when secured inside a thermometer, but not so good when given to soothe teething babies.

“More doctors smoke Camels than any other cigarette.” 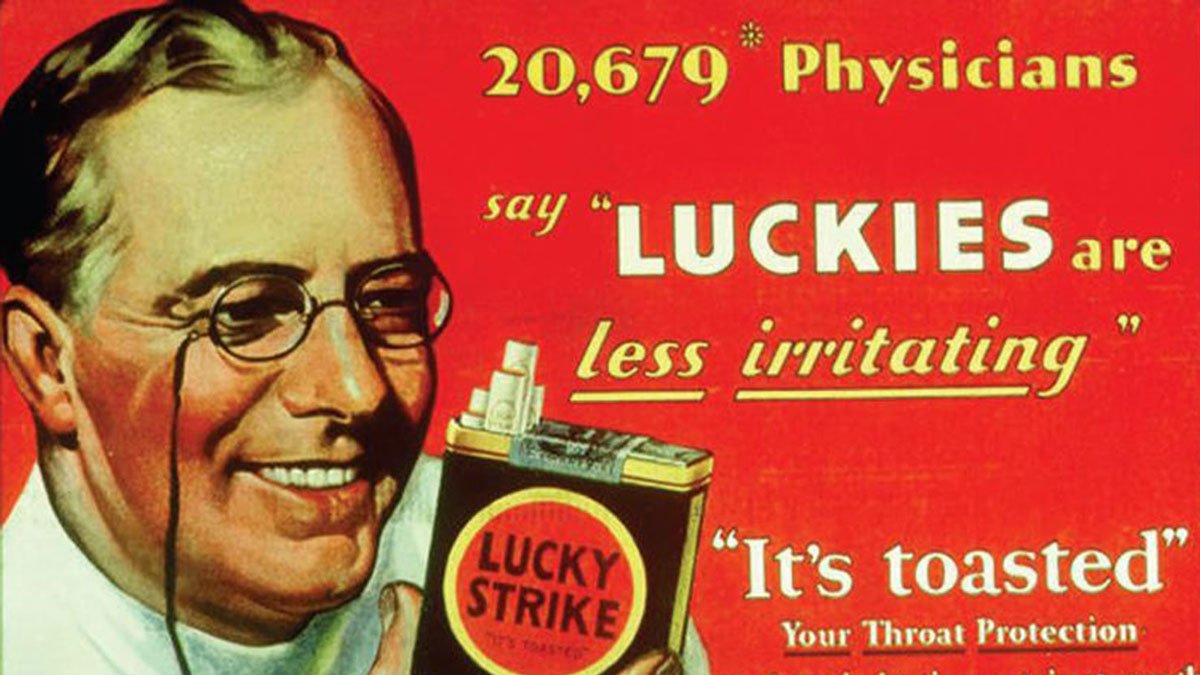 Doctors prescribed cigarettes for pregnant women who were suffering anxiety.

We think that medical concerns over smoking only started in the 20th century. However, as early as 1602 it was suggested that smoking cigarettes could cause disease similar to that suffered by chimney sweeps.

When medical reports in the 1920s first linked smoking to lung cancer, newspaper editors refused to run the stories for fear of losing lucrative tobacco advertising.

In 2015, the World Health Organisation’s International Agency for Research on Cancer concluded that it is probably carcinogenic.

Four years later, University of Washington research found that exposure to glyphosate increases the risk of some cancers by 40%.

Around the same time, numerous research studies found that glyphosate was killing bee colonies by damaging their ability to navigate and control hive temperature.

Glyphosate’s manufacturer hasn’t admitted that it is harmful. However, they have so far agreed to pay AU$16 billion to cancer victims, mostly farmers.